Rakhine (formerly arakan), unspoiled and unexplored, has until lately hidden some of the country's best-kept secrets. Sittway is the capital of rakhine state and has numerous interesting pag... 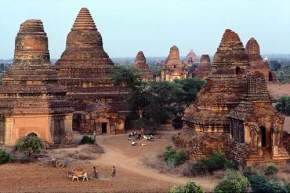 Until recently, it was not so easy to get information about the ancient town mrauk u and the area was not so accessible. Although it is often recommended to the adventurous travellers, mrauk u i... 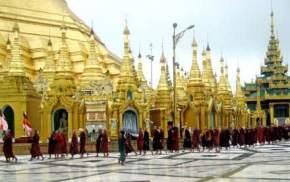 Famous for: Pagoda- Most Glorious Monuments

Scott market (yangon) yangon which literally means end-of -strife is the capital of myanmar and also the gateway to myanmar. It is a courteous once-colonial city, laid out in a conventional &quo...

If you spare half day in Yangon, you can make foray to both Thanlyin and Kyauktan across the Yangon (Hlaing) River. Thanlyin (formerly known as Syriam) was the ancient capital city of the Mon Ki... 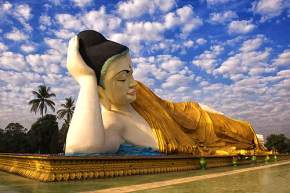 Bago, earliest capital of the Mon Kings of the 14th to 16th century and of second Myanmar Empire fashioned by king Bayinnaung, is positioned only 80 km from Yangon. Sightseeing here includes exc... 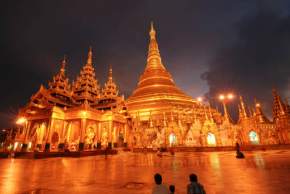 Famous for: Shwedagon Pagoda- Wonders of the World

Soaring almost 100 metres above the green cityscape of Yangon, the Shwedagon Pagoda is the landmark evident from miles around. One of the wonders of the world it was believed to have constructed... 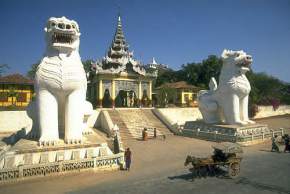 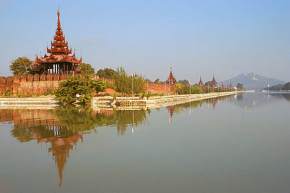 Mandalay Palace is well-known by many as the golden city within a city. This palace was the centre of grandeur for Myanmar King Mindon and was a truly splendid palace complex. However it was dre... 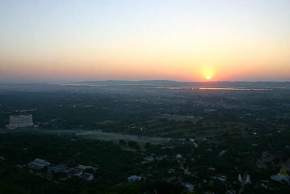 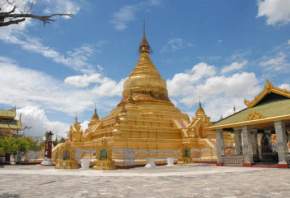 This pagoda was constructed by Myanmar King Mindon in 1857 at the same time as the majestic palace. Kuthodaw pagoda is also widely known as "The World's Largest Book" for its 729 u... 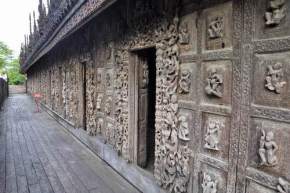 The masterwork of Myanmar woodcarving techniques can be seen in Shwe Nandaw Kyaung. Shwekyaung (or) the Golden Monastery prominence as Golden Kyaung Daw Gyi is 19 Century Kon Baung Manama Archit... 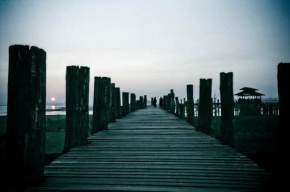 Amarapura was an ancient capital of Myanmar realm, 11 km south of Mandalay in Myanmar. It was a capital until 1857 when King Mindon decided to shift the capital to Mandalay. Even though there ar... 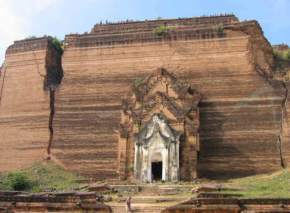 Mingun is the home to the world's biggest ringing which is un-cracked and still functional bell, weighing in at 87 tons. It is also home to the incomplete Mingun (MantaraGyi) Pagoda, which w... 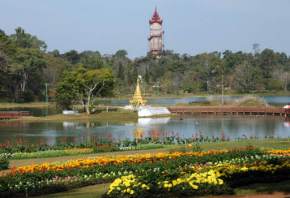 PyinOoLwin is where an eternal colonial tranquillity greets you as you enter. On reaching the township, there is immediate change in climate. The air is cooler and the palm trees have given path... 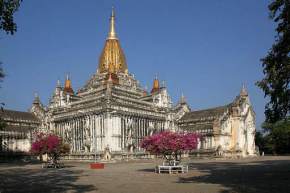 Ananda Temple is one of the finest, largest and best conserved of the Bagan Myanmar temples. It was built by Myanmar King Kyanzittha in 1105 AD and contains statues of Buddha and stone sculpture... 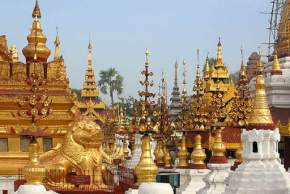 The gilded Shwezigon pagoda is one of the Myanmar oldest and the most significant pagoda in Bagan. Myanmar King Anawrahta who was the founder of the first Baganrule built the pagoda in 1057 AD a... 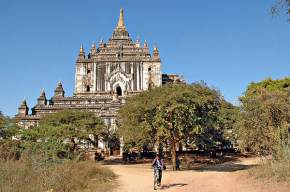 The Thatbyinnyu Temple, a white stucco building, is the Bagan's highest pagoda. It was built by King Alaungsithu in mid-12th century. The view from its terraces is amazing both at dawn and d... 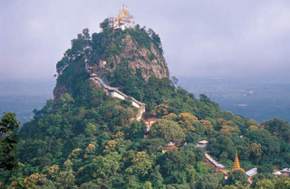 Mount Popa is a vanished volcano last active 250,000 years ago. It is 1500-metre high and about 60-km south east of Bagan which is also well-known as the oasis of the dry zone in Myanmar. Set am... 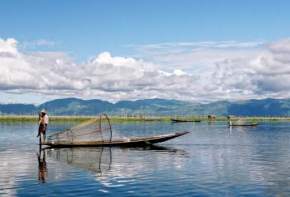 About 30 km to the south of TaunggyilaysInle Lake which is the Second Largest Lake in Myanmar. The lake itself is about 900meters above sea-level and filled with floating islands. The main lake ... 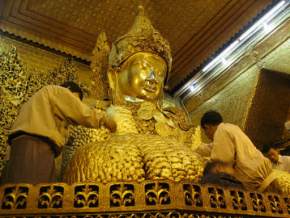 King Bodawpaya constructed Mahamuni pagoda in 1784. In 1884, the exclusive shrine was destroyed by fire and the current one is absolutely recent. This Pagoda is also known as Payagyi (Big paya) ...