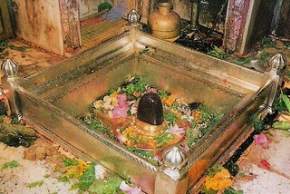 One of the twelve Jyortilinga, Kashi Vishwanath Temple is the main attraction of Varanasi. People of Varanasi are the great devotees and feels great pleasure and relief in taking the blessings o... 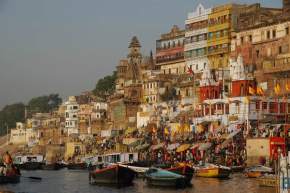 Nestled in the premises of Banaras Hindu University (BHU), New Vishwanath Temple or Golden temple is must see attraction for the visitors in Varanasi. Birla family took the golden chance to buil... 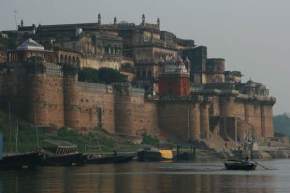 Famous for: Magnificent fort and houses a Durbar Hall

There is only one fort in Varanasi to attract you and that is Ramnagar Fort. It is located at the opposite bank of holy river Ganga and was built by Maharaja Balwant Singh in 18th cen... 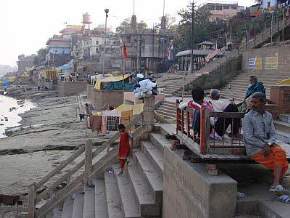 Actually, Man Mandir Ghat was constructed in 1600 but original attraction was gained by it after renovation done by Raja Savai Man Singh in 19th century. The Ghat got its name after t... 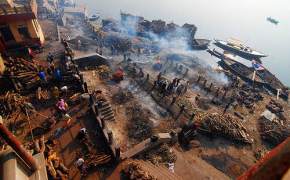 Famous for: Being one of the two burning ghats in Varanasi

Well-known as Mahasmasana, Manikarnika Ghat is also one of the most popular sites in Varanasi. It is the famous Ghat among the two that allows burning and the other one is Harishchandra Ghat. Lo... 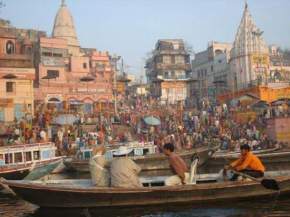 Another not to be missed Ghat in Varanasi is Assi Ghat. It is the Ghat located at the merging point of Assi River and River Ganga and is famous as the southernmost Ghat. The main attraction of t... 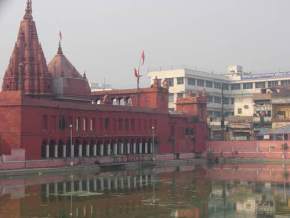 Durga temple is most commonly known as Monkey temple because one can see here lots of monkeys sitting and chatting in the premises of the temple. Goddess Durga is the main deity of this temple a... Famous for: Its spiritual water and the porch is very dignified

“Kup” that means a well and “Gyan” means wisdom, therefore, this spot in Varanasi completely justifies the meaning of its name – Well of Wisdom. Also, renowned as G... This famous Ghat in Varanasi is located at the southern nook of Dashaswamedh Ghat. This Ghat holds it importance as it is one of the main Ghats to perform religious rituals connected with the de... 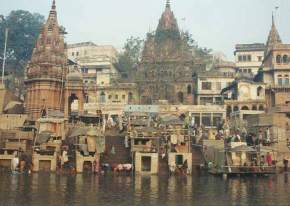 Hanuman Ghat in Varanasi is also one of the most striking sites and was formerly known as the Rameshwaram ghat. According to some legends, it was believed that the ghat was constructed by Lord R...