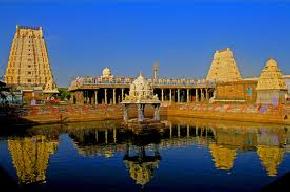 The Ekambareshwar Temple is one of the largest temples in Kanchipuram with numerous shrines, mandapams, gopurams and tanks. This temple covers an area of 20 acres and was built by Pallavas and w... 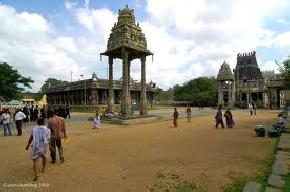 The ancient Vardaraja temple attracts devotees throughout the year because of it being one of the 108 'divyadesams'- the holy abodes of Lord Vishnu.There is a big outer wall that surroun... Famous for: A Hindu temple dedicated to Goddess Parvati

The Kamakshi Temple is a famous Hindu temple dedicated to Kamakshi, one of the incarnations of Goddess Parvati.  Located in the heart of Kanchipuram, this temple was built by the Pallava Ki... 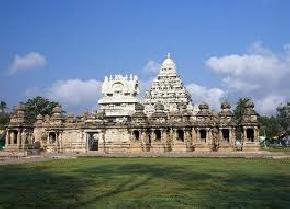 Famous for: Shiva temple known for its artistic Dravidian architecture

The Kailashanathar Temple is another famous temple of Kanchipuram, which is dedicated to Lord Shiva. This is considered to be one of the earliest temples built during the Pallava rule by Rajasim... 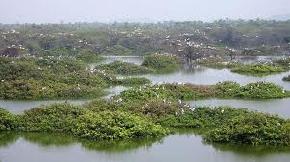 Famous for: A beautiful paradise for bird watchers

Renowned as one of the oldest bird sanctuaries of India, Vedanthangal Bird Sanctuary is a wonderful destination for the bird watchers. There are small lakes inside the sanctuary surrounded by gr... Famous for: A crocodile and snake farm

The Crocodile Bank was set up by Romulus Whitaker to breed several species of African and Indian crocodiles and alligators in captivity and is located Just 14 kms from Mamallapuram. At this cent... 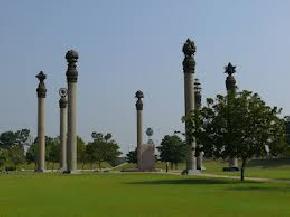 Famous for: A memorial built in the memory of Rajiv Gandhi

Situated in Sriperumpudhur on the route between Chennai and Kanchipuram, Rajiv Gandhi famous memorialwas built up in the memory of Rajiv Gandhi, the former Prime Minister of the country. It is t... 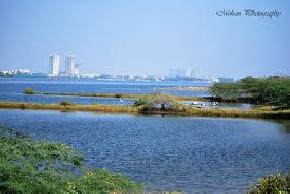 Famous for: A fascinating backwaters destination

Muttukaduis a large lake formed out of the backwaters, with boating and wind surfing facilities.  Located at a distance of 80 Kms from Kanchipuram, the Backwaters of Muttukkadu have been de... The Arignar Anna Zoological Park is situated in Vandalore about 5 km from Kanchipuram. It is one of the modern zoos of India, and the biggest in South East Asia. The zoo is situated in a reserve... 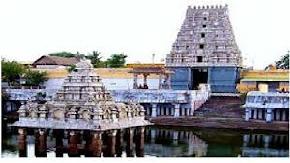 Famous for: A major Shakti temple

Kanchi Kamakshi Temple, a beautiful temple is one among the three major shakti temples, the other two being Madurai Meenakshi and KasiVisalakshi. It is an important center for worship of shakti ...