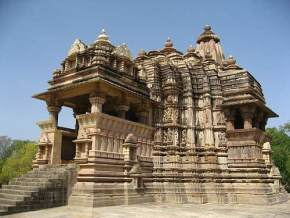 Being hub of temples, Khajuraho houses the Chitragupta temple which is simply a superb one!! The temple is dedicated to Lord Surya, one of the Hindus’ Deities. The temple places an idol of... Parsvanath temple is also one of the main architectural marvels of Khajuraho, Madhya Pradesh. The temple basically belongs to Jainis and is the largest temple of Easter group of temples in Khaju... Dedicated to Lord Adinath, the first tithankar of Jainis, the Adinath temple at Khajuraho is really superb. Constructed in the 11th century, the temple is beautifully adorned with won... 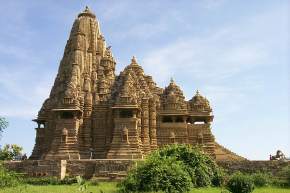 Among the largest temples in Khajuraho, the first name that hits is that of Kandriya Mahadev temple. It was consecrated during the era 1025 to 1050 AD. The temple is quite enormous and big havin... 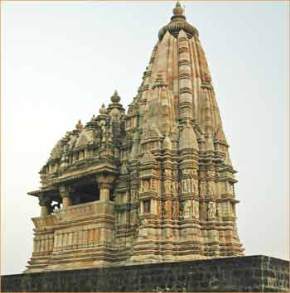 Among the premier attractions in Khajuraho, Javari temple also needs special mention. It is one of the main temples of eastern group of temples in Khajuraho. Just like almost all the historical ... 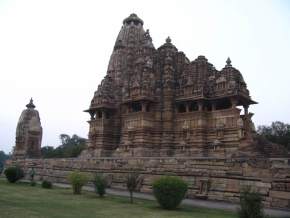 Consecrated in the 11th century, Vishwanath temple is the finest example to define intricate architectural style of Khajuraho temples. The main deity of this bygone era temple is Lord... 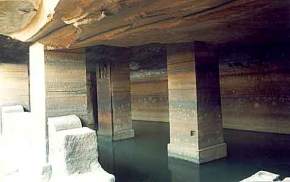 Forts are the best part of revealing the history and glorious past of any place and so is the case with Khajuraho and therefore, Kalinjar Fort in the city holds great significant place. The fort... 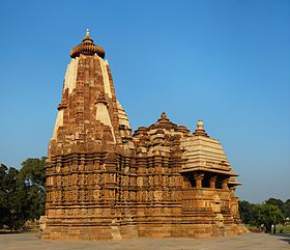 According to some legend, the temple was devoted to Lord Vishnu but gradually, it was dedicated to Goddess Parvati and finally, became the temple of Goddess Kali. This temple is frequently visit... 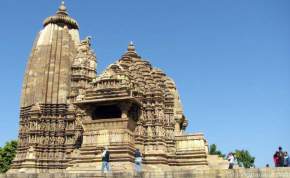 Vaman temple is one of ancient temples in Khajuraho and belongs to the eastern group of temples. In this temple Lord Vamana, a dwarf manifestation of Lord Vishnu, is worshipped. The temple not o... 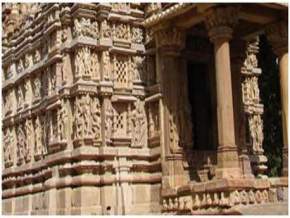 Almost all the heritage sites of Khajuraho were the outcome of efforts done by Chandela kings and Ajaigarh Fort is also one of them. This enormous fort also set a perfect example of architectura... 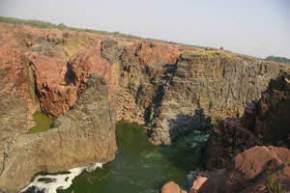 Famous for: Best for day excursion and to captivate panoramic views

One of the best picnic spots suggested in Khajuraho is that of Beni Sagar Dam. Located outside the city Khajuraho, Beni Sagar Dam is stretched over an area of 7.7 sq. kms and is only 5 kms away ... 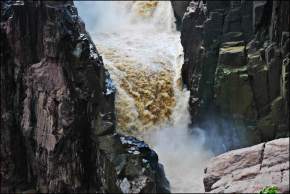 Waterfalls at any destination make it complete tourist place and therefore, Khajuraho is an ideal place for exploring as it has Raneh Falls! This waterfall is situated only at the distance of 20... 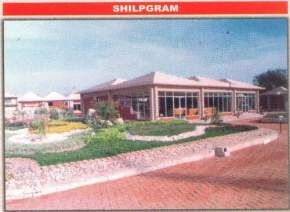 Famous for: Fascination for folk dances and folk songs

Shipgram is another most fascinating spot of Khajuraho and allures loads and loads of tourists from all over the world with its uniqueness. Basically, it is located in the hub of the city and wa... 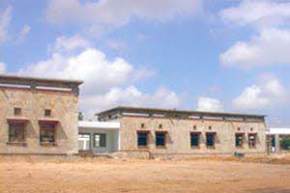 Famous for: Wonderful display of vast collection of rare artifacts

Initially, Archaeological museum was referred to Jardine Museum. It was mind-boggling museum founded by Mr. W.A.Jardine in the year 1910 with the motto to exhibit the collection of untied sculpt...