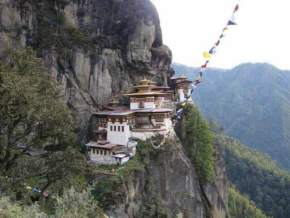 Famous for: Beautiful Valley- Home for many Temples and Monasteries

The beautiful valley of Paro summarizes within itself a rich culture, picturesque splendour and hundreds of myths and legends. It is home to many of Bhutan’s oldest temples and monasteries... 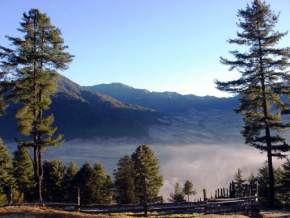 Famous for: Valley of Gangtey- A most Gorgeous Spot

The valley of Gangtey is one of the most gorgeous spots in Bhutan. The disclosure of finding such a wide, flat valley without any trees after the hard climb throughout dense forests is augmented... 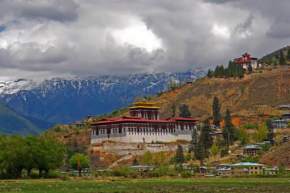 Famous for: Rinpung Dzong- The Fortress of the Heap of Jewels

Rinpung Dzong, which means “the fortress of the heap of jewels” was constructed in 1646 by Shabdrung Ngawang Nagoyaz, the first religious and earthly ruler of Bhutan, the Dzong house... 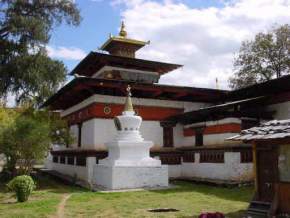 Kyichu Lhakhang is a Buddhist temple in Paro and is one of the oldest monasteries in the realm built in the 7th century by the Tibetan King Songsten Gampo. The story goes that a giant demon lay ... 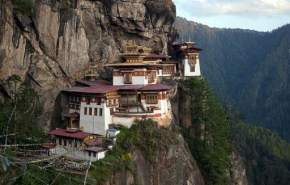 Taktshang Lhakhang is one of the most famed of Bhutan’s monasteries, hovering on the side of a cliff 900m above the Paro valley floor. It is said that Guru Rinpoche arrived here on the bac...

The Haa Dzong is presently occupied by military, but the view from outside is stunning. The central holy place in Lhakhang Nagpo is said to have no difference with that of Lhasa JOWO in Tibet. A... This monastery was founded by Lama gyalwa Lhanangpa in the 12th century and the present edifice was constructed in the 15th century by the ‘Divine Madman’, Lama Drukpa Kunley. In 161... 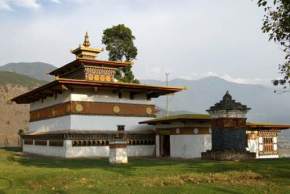 The Chimi Lhakhang, located on a small hill in the centre of the valley, is dedicated to Lama Drukpa Kuenley, who in the late 15th century used comedy, songs and outrageous behaviour to dramatis... 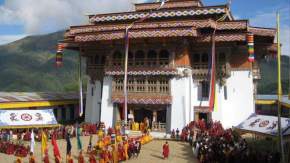 Hovering on a small hill that rises from the vale floor, the Gangtey Monastery is the only Nyingmapa monastery on the western side of the Black Mountain’s and also the biggest Nyingmapa mo... 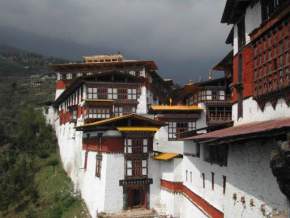 Like almost all townships in the realm, this Dzong architecture dominates the entire Trongsa horizon dwarfing the neighbouring buildings. Constructed in 1648, it was the seat of power over centr... 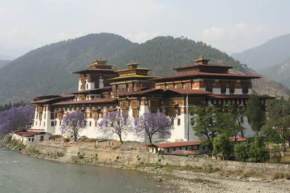 The Ta Dzong, a cylindrical stone construction mounting five storeys, was built in 1652 by Chogyal Minjur Tempa, a task entrusted to him by Zhabdrung Ngawang Namgyal. After more than 350 years, ... 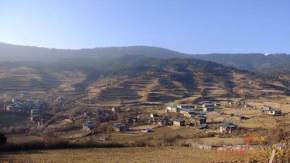 Famous for: Temple of Guru Rinpoche with Paintings

Jakar ot Ura is 48 km, about one and a half hour drive. To reach here, the road climbs to wonderfully open countryside, only occasionally running into forest. Large sheep meadows line the road u... 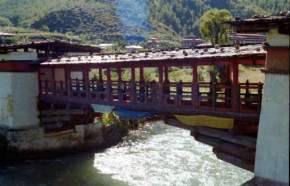 Thimphu, located at an altitude of 2400m, is the centre of government, religion and commerce. The capital has an interesting blend of tradition and modernity, and includes some of the most advan... 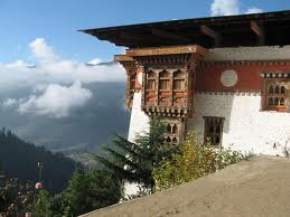 Ancestral home of Bhutan's ruling reign and site of Bhutan's most imposing fortress, Trongsa is a strategically situated town on the east-west route. Inclined down the curve of a rim sta... 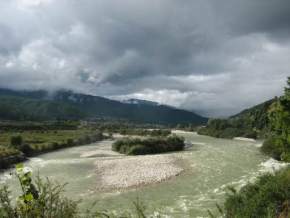 This gorgeous gorge encapsulates a rich culture, Scenic beauty and hundreds of myths and legends. People often describe it as “Mine Switzerland”. The drive from Trongsa to Jakar may ... Phuentsholing is the point of entry for travellers arriving by bus from Kolkata and Siliguriand the town functions mostly as a place where Bhutanese and Indians do business. The a... 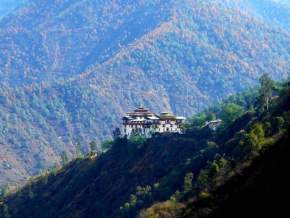 Famous for: Trashigang- A Melting Pot

Trashigang is the easternmost tip on the highway. Trashigang is a melting pot of hill tribe people who come in to the settlement to trade. In particular, the unusual Merak and Sakteng folks come... 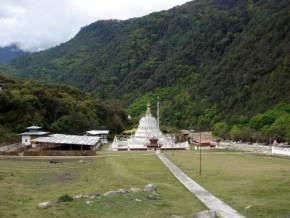 Tashiyangtse is a swiftly growing town and the administrative and religious centre for the people of Trashiyangtse. It was engraved out from Trashigang district in 1992 as a separate district. T... 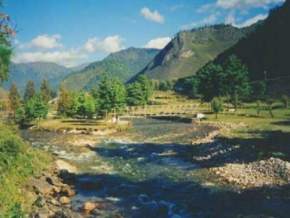 The voyage from Bumthang to Mongar is one of the most gorgeous in the Himalayas crossing 4,000m high Thrumshingla pass. Garrulous waterfalls, steep cliffs with even steeper drops, blistering flo... 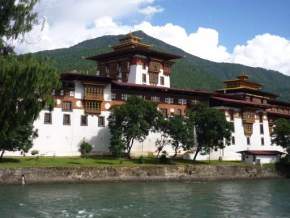 The Wandiphodrang or Wangdi Dzong, in short is yet another picturesque valley that is hovering at an altitude of 1300 meters in the western Bhutan at the confluence of the Mo and Tang Rivers. Th...