Famous for: Aesthetic beauty and architecture

ISKCON or International Society for Krishna Consciousness is a worldwide confederation which was established in 1975 by Swami Prabhupada. With an aim to spread knowledge and serve the mankind by... Famous for: One of the oldest temples of Radha-Krishna

Designated as one of the oldest temples in Vrindavan, the Madan Mohan Temple was built in 1580 by Kapur Ram Das of Multan. Located near the Kali Ghat, this religious structure is places on a hil... Famous for: A beautiful garden and Krishna temple

SevaKunj and Nidhi Ban is a beautiful garden in Vrindavan associated with the ras of Lord Krishna and is also a divine place for the devotees as well as nature lovers. Endowed with lush greenery... Renowned for its exquisite Dravidian style of architecture, the Rangaji Temple was built in 1851 by Seth Radha Krishna and Govinda Das. Characterized by 6 storey lofty gopuram and 50 feet high g... 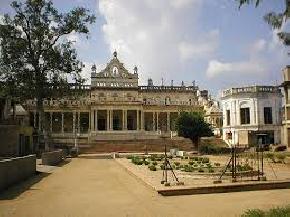 Dedicated to Lord Krishna, Shahji Temple is yet another popular temple in Vrindavan. Designed and built by Shah KundanLal from Lucknow in 1876, the temple is known for its marvelous architecture... 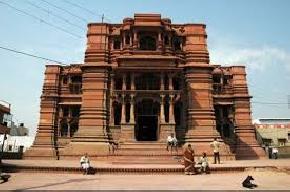 Constructed by Raja Man Singh of Amber in 1590, the Govind Deo Temple in Vrindavan is a fine specimen of advanced archeology. It is a seven storied magnificent structure that exhibits an interes... Famous for: A self-manifested diety in the form of Salagram shila

Radharamana literally refers to who gives happiness to Radha and thus indicated to Lord Krishna. It was built by Gopala Bhatt Goswami and it is said that the main deity of the shrine is self-man... Located in the middle of the SevaKunj, Radha Damodara Temple, the beautiful temple was thought of by SrilaPrabhupada and was established by JivaGoswami in the year 1542. The main deity of the te...