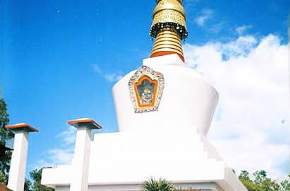 Famous for: Being one of the main stupas in Gangtok

It is a stupa which was built by Trulshik Rinpoche, the head of the Nyingma. A complete set of Dorjee Phurba, Kangyur relics and other religious objects are found inside the stupa. There are 108... Situated at 17 km from Gangtok on the highway of north Sikkim is this historic place Kabi Lungchok. A historic accord between the Bhutia chief Khey-Bum-Sar and the Lepcha chief Te-Kung-Tek was c... 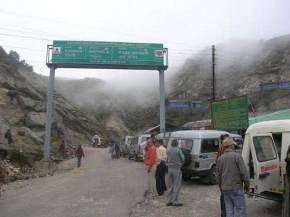 Famous for: Trekking and scenic views

Situated on the border of India and China, Nathula Pass is popularly known as the silk route. It was one of the most important routes of trade between the silk traders from Tibet and Sikkim. The... 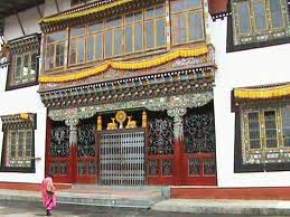 Located on a mild slope extending from Kabi to Phodong in north Sikkim, the monastery was built in the year 1721 during the period of Jigme Pawo. It is one of the significant monasteries for the... 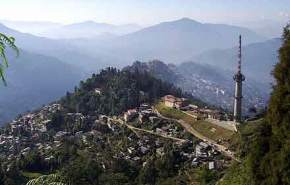 Famous for: Small but quite popular for religious beliefs

This temple is very small but is a very popular temple in the city. Ganesh Tok is located at a distance of 7 km from Gangtok and just next to the television tower on the hillock of Gangtok. The ... 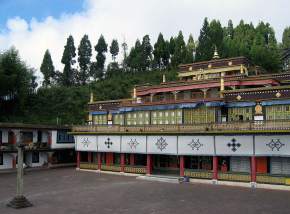 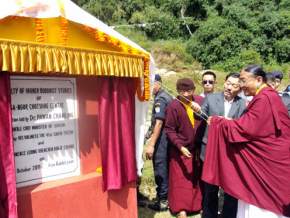 Famous for: Its wonderful location on hilltop and is suppose to be crown of Sikkim

The Sa-Ngor-Chotshog Centre is considered to be the crown of Sikkim. Spread at a length of approximately 5 kilometers, it is bestowed with unparalleled beauty and splendour. With its unparallele... 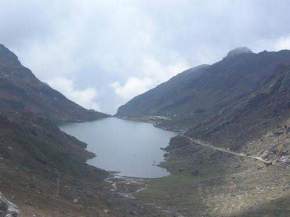 Situated at a height of 12310 feet on the Nathu La highway, the lake is also known as Tsomgo Lake. The lake is located at a distance of 35 kilometres away from Gangtok.  This Changu Lake is... 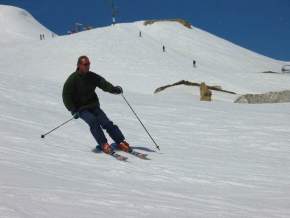 Located 125 km away from Gangtok, Pelling is widely known for the splendid view of the snow-crested mountains of Kanchenjunga. Pelling is located at an altitude of 6,800 ft above the sea level. ... 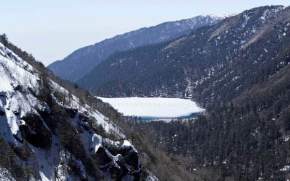 Famous for: Fishing and stunning views

This is one of the finest lakes in Sikkim, which is located in the eastern region of Sikkim and in between the mountain ranges below Jelepla Pass. Just at a distance of 20 kilometers before the ... 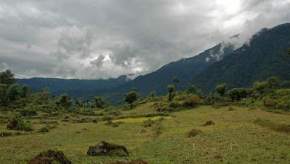 The place was the former capital of Gangtok and is situated about 33 km from Pelling. The name Yuksom means the meeting point of the three Lamas. Located at an altitude of 1,780 metre, the place... The garden is famous for the wide range of orchid species that blossoms here. The Saramsa Garden is also known as Ipecac Garden and is preserved by the forest department of the Sikkim government...