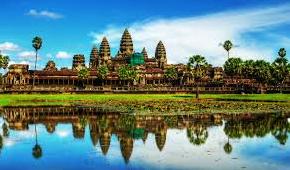 Angkor Wat is the most famed ancient temple site in Cambodia, and visiting the ancient Angkorian temples is the reason most visitors come to Cambodia. Angkor Wat was constructed from the early t... 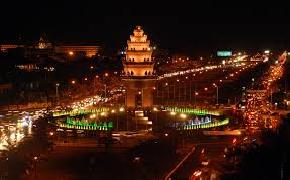 A dazzling illustration of traditional Angkorian architecture, Independence Monument was designed by Vann Molyvann – a renowned Cambodian architect – in the model of a lotus that mai... The National Museum of Arts is the country’s biggest archaeological and cultural history museum. It enables you to have a peek into the cultural side of Cambodian history dating back to th... 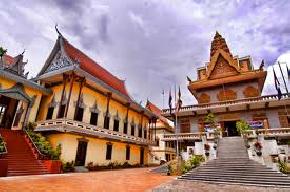 A visit to Wat Ounalom allows insight into the holy teachings, philosophies and history of Buddhism in Cambodia. Perhaps the most famous and oldest of five pagodas in the country, Wat Ounalom is... 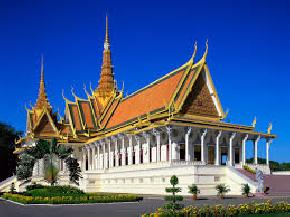 The Khmer-style Throne Hall was constructed in 1866, to serve as the home of the King of Cambodia, his family and foreign dignitaries, as a venue for the performance of court ceremonies and ritu... Ta Prohm is a quiet and extensive monastery, and unlike most other sites, it has only been partly cleared of overgrowth, and has been deliberately left more or less the way it was initially foun... The Bayon Temple is at the centre of the great walled metropolis of Angkor Thom, which is at the heart of the Angkor Archeological Park. Bayon has some 50 towers, with four colossal engraved fac... 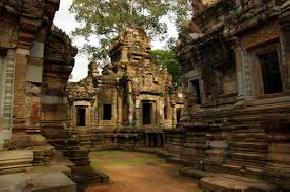 Somewhere between 1120 and 1150AD, King Suryavarman II began building this smallish, elegant Hindu temple. It has a central sanctuary, two libraries and four gopuras which are at the four prime ...

These rectangular, sandstone buildings are called ‘Kleangs’ which means ‘storeroom’ but it is not likely that they were essentially used for that purpose. It is not known... A huge, tiered pyramid of laterite and sandstone construction, it is the tallest climbable temple in Angkor Thom, and from the top, it offers a good view of the neighbouring area. The staircase ... Preah Khan, which means 'sacred sword’ is a temple that has been left in a largely unreconstructed condition. It is not as visually spectacular as Ta Prohm, but it is a big, explorable... A huge temple-mountain, it contains well- conserved carvings of fine detail. This architecturally and attractively excellent temple is situated just south of the East Baray, and is similar in co... This is a large, temple-mountain style structure, built of massive sandstone blocks. It was built by three different kings: Jayavarman V, Jayaviravarman, and Suryavarman I. When Jayavarman V sta... 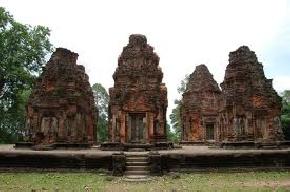 East of Siem Reap alongside National Highway No. 6 is the 9th century group of temples named for the close by town of Roluos. This group of ancient structures are what remains of Hariharalaya, t... This is the illustrious river of a 1,000 lingas at Phnom Kulen. These lingas (phallic symbols) were manifestly carved into the bedrock of the river so they could ‘fertilize’ the wate... One of the most outstanding aspects of Angkor is the huge Baray. They are enormous ancient rectangular artificial reservoirs, and the two biggest are on the east and west sides of Angkor Thom. T... Central Market -also referred to as Phsah Thmei, connotation ‘New Market’ - is one of the chief landmarks in Phnom Penh. Central Market is truly an engineering spectacle that mainly ...