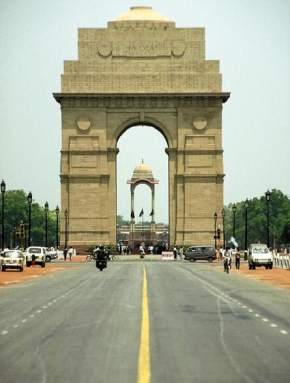 Famous for: Prominent landmark of the city

Situated in the heart of the city, India gate was built in the year 1931. Inspired by the Arc de Triomphe in Paris, India Gate was designed by Sir Edwin Lutyens. It is one of the prominent landm... 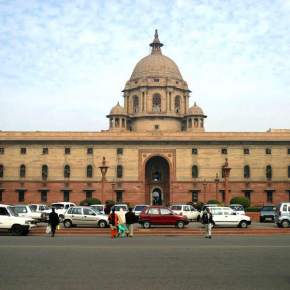 Famous for: Being official residence of the President of India

Rashtrapati Bhawan is the official residence of the President of India. It is located at Raisina Hills. Earlier it was known as "Viceroy's House" and served as the residence of the... 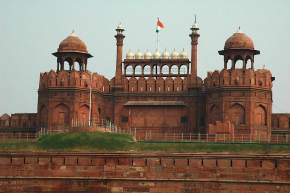 Famous for: Its perfect mingling of three architectural styles

Red Fort, famously known as Lal Qila, was constructed by the Mughal emperor Shah Jahan in the walled city of Old Delhi. The Qila actually served as the residence of the Mughal Emperors. Until 18... 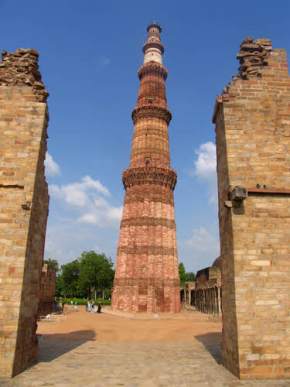 Located in Delhi Qutub Minar is one of the UNESCO World Heritage Sites. With a height of 72.5 meters, the Qutub Minar is the tallest minaret in India. The construction was commenced by Qutb-ud-d... 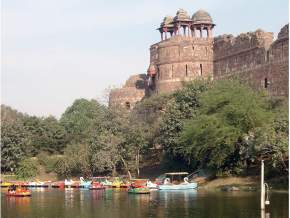 Famous for: Gigantic and massive fort

Old fort or Purana Qila was built by the second Mughal Emperor Humayun in 1533. Humayun wanted to establish a city of his own and so he chose Indraprastha for building the city. It took almost f... 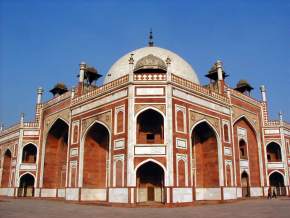 The tomb of the Mughal Emperor Humayun was commissioned by Humayun's wife Hamida Banu Begum in the year 1562 AD. Designed by Mirak Mirza Ghiyath, a Persian architect, it was the first garden... 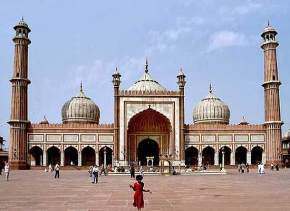 Just at a distance of 500 km from Red Fort is the Jama Masjid, and is one of the biggest Masjids in India. Jama Masjid is also known as Masjid-i JahÄn-NumÄ. Its construction began by Shah Jaha...

Located in the modern city of New Delhi, it consists of 13 architectural astronomy instruments. Built by Maharaja Jai Singh II of Jaipur, it was used for revising the calendar and astronomical t... 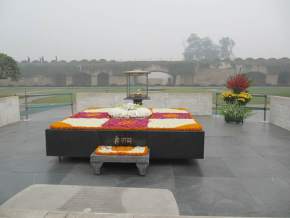 Famous for: One of the historic ghats of Old Delhi

Rajghat is a historic ghat of Old Delhi which is a memorial to Mahatma Gandhi. It is a black marble platform that marks the spot of Mahatma Gandhi's cremation under open sky while an eternal... 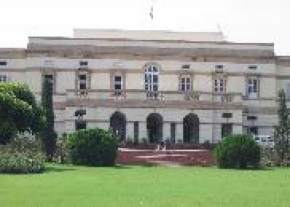 Famous for: Three statues located at the road junction

It’s the earlier residence of the first Prime Minister of India Jawaharlal Nehru which was designed by Robert Tor Russell. Built in 1930 as part of the new imperial capital of India, Teen ... 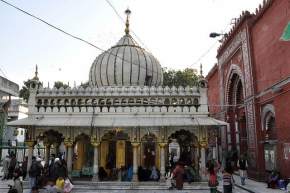 Situated in the Nizamuddin West area of Delhi Nizamuddin Dargah is the Dargah of one of the world's most famous Sufi saints, Nizamuddin Auliya. The Dargah is visited by thousands of Muslims ...