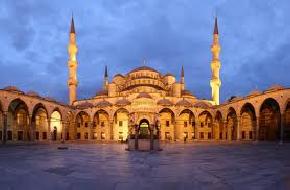 The Blue Mosque located in Istanbul can be rightly called an architectural wonder. Commissioned to be erected in 1609 by Sultan Ahmet I, the mosque was projected to rival the Hagia Sofia with it... The Selimiye Mosque is said to be the magnum opus and the highest achievement of Mimar Sinan in Islamic architecture.  This splendid edifice stands at the heart of a Kulliye and is a comple... 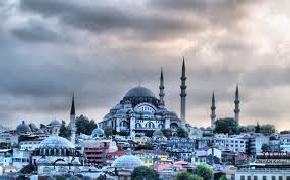 Suleymaniye mosque is the biggest and most imposing mosque in Istanbul. This is the city is also called the city of domes and minarets. For centuries, this edifice is been mesmerizing the visito... The Fatih Cami Mosque is known to its exclusive splendour of tradition was constructed between 1462 and 1470 by Sultan Fatih Mehmet, well-known as "Mehmet the Conqueror. The majestic m... 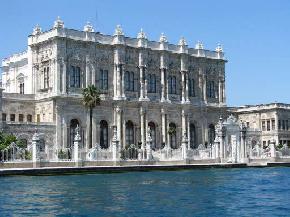 Built in the year 1478, the palace itself consists of two main structural areas. Educational and administrative wing comprising of one area and the dwelling quarters of the Sultan being the othe... 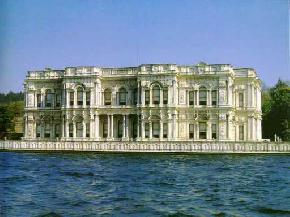 The most optimum attraction that draws tourists towards the gorgeous Istanbul is the Beylerbeyi Palace. This grandiose palace has a huge rectangular plan with the long plane which faces the wate... Miniaturk is a miniature park of Turkey, first of its kind in whole of Turkey is utterly contemporary and al fresco museum wherein one can find the most glorious model of the Turkish and Anatoli... 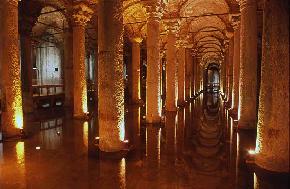 Yerebatan Sarayi means as the Cadaverous Palace is the grandest underground reservoir that showcases the remnants of the Romans. At present, this is one of the chief attractions in Turkey. Yereb... Grand Bazaar situated in Istanbul is the biggest roofed markets in the world. This place has over 60 streets and more than 5,000 shops that interests 250,000 to 600,000 visitors’s every da... Pamukkale which means 'Cotton Castle' in English is depictive of its feathery fairy tale-like facade is one of the sort-after attractions in Turkey. This place is blessed with awe-i... Cappadocia is a land of rocky beauty. One gets to witness the power of Mother Nature in the most stunning form and also the magnificent formation of rock with the clout of water, wind, and ... Immortalized Greek legend by the writings of Homer and Virgil, the illustrious metropolis of Troy invites the wander-lust with its captivating romanticism, charming old-fashioned milieu and hist... 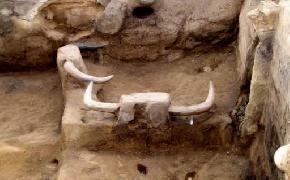 Catalhoyuk is one of the most imperative settlements as this place is believed to hold the ruins of a Neolithic (New Stone Age) hamlet and is supposed to be amid the world's oldest... 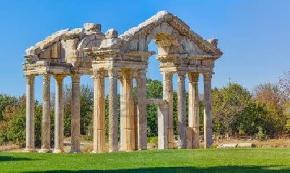 The city of Aphrodisias was named after Aphrodite the deity of love but after the spread of Christianity to the county its name was altered to Stauroupolis which means the City of the Cross. One... 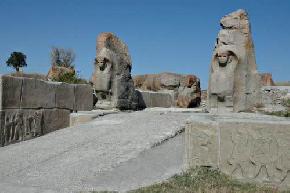 The place of Alacahoyuk is said to be one of the most imperative archaeological discoveries in Anatolia. It was here that the Majestic Graves dating to the Bronze Age were discovered. Archaeolog... 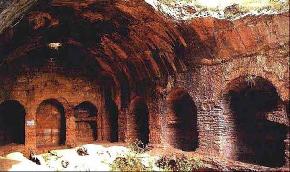 The cavern of the Seven Sleepers is situated on Mount Pion, in the vicinity of Ephesus and is the site of many different sacred myths.  According to Christian myth seven persecuted Christia...