Ranchi, is the capital of newly formed state, Jharkhand of India. Being located at the southern part of Chota Nagpur Plateau, Ranchi is endowed with a hilly topography and dense tropical forests, which combines to form a picturesque environment, making it a sight for sore eyes.

The name of the city Ranchi is derived from the Oraon word – Archi, which was an Oraon village located where current Ranchi is located. Archi means a bamboo stave, and a comical legend follows as to why de village was thus named. But later on Archi became Rachi, and it was further modified as Ranchi.

The location of Ranchi, in a hilly region covered by forest, ensures that Ranchi enjoys a pleasant climate throughout the year. Ranchi is also known as “The City of Waterfalls and Lakes”, mainly due to the presence of many beautiful waterfalls, spread in and around the city.  Some of the most famous falls are: Hundru Falls, Hirni Falls, Panchghagh Falls, Dassam Falls, and Jonha Falls which attracts many tourists.

Ranchi is rich in minerals and therefore it accounts to be in fifth place for the production of minerals. Due to its growing industries and industrious nature, Ranchi is easily accessible through all medium of transport: railways, roadways and airways. The city is connected to major cities of the country by a busy rail network system and highways. Being a developing city, increases the air traffic of Ranchi also considerably.

Ranchi has a rich history in sports and has adequate infrastructure to host many national and international games. Many international level stadiums and sports academies are to be established, which ensures that Ranchi sports history will be continued. It is the home of, Mahendra Singh Dhoni, the World Cup winning Captain of Indian National Cricket team. 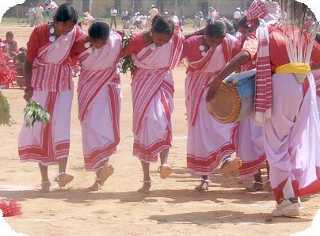 15 Places to Visit in Ranchi