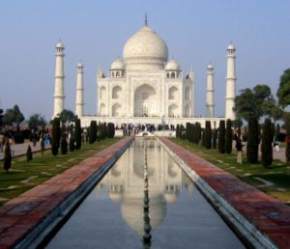 Famous for: One of the 7 seven wonders of the world

Built by the Mughal Emperor Shah Jahan, this resting place of his wife is one of the wonders of the world. This beautiful monument is the soul of Indian heritage and is one of the most visited a... 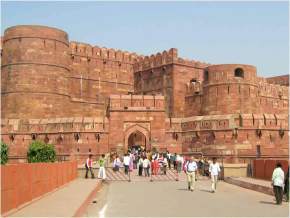 This monument is one of the UNESCO World Heritage sites. The fort is actually described as a walled city. Built with bricks in the inner core with sandstone on external surfaces, this huge fort ... 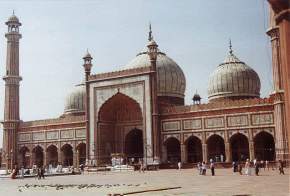 This is one of the largest mosques in India built in the year 1571 AD and is a significant religious monument of the city. The mosque was built by Akbar the Great after his Gujarat Victory. The ... 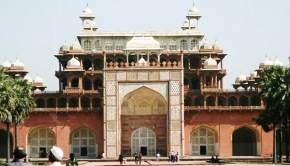 Located about 10 kilometers from Agra is a place called Sikandra where Akbar’s mausoleum is built. The construction was started by Akbar but was completed in 1605 by his son Jahangir. Buil... 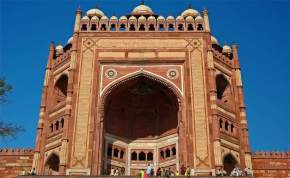 A grand gateway located in Fatehpur Sikri near Agra was built by the Mughal Emperor Akbar in 1573 after he defeated the king of Khandesh. The name Buland Darwaza means “High Door” an... 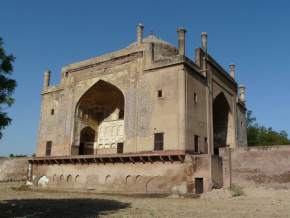 Being the home of several Mughal emperors, Agra houses numerous monuments, forts, Masjids built during the Mughal period. One of them is the ChiniKaRauzawhich is one of the masterpieces of glaze... 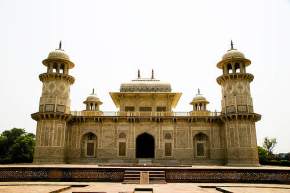 One of the significant architectural marvels of the city is also referred as the Baby Taj, as the tomb is considered as the copy of the TajMahal. Built between 1622 and 1628 the tomb comprises o... 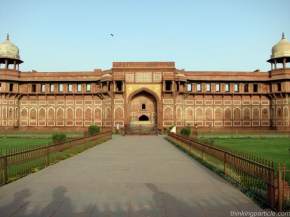 Famous for: Wonderful architecture and one of the best sites of Agra

The Jahangir Palacewas the principal “jenana” (for ladies) palaceis the most significant building in the Agra Fort. The palace was built for women belonging to the royal household. T... 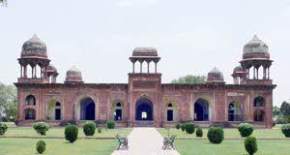 Built out of red sandstone, the tomb was completed in 1611 AD in the memory of Akbar's Christian wife, Mariyam.  Mariyam's Tomb is a unique tomb in itself. It is one of the most imp... 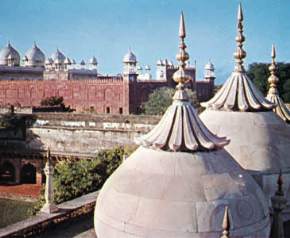 The Moti Masjid was built inside the Agra fort during the reign of Shah Jahan in 1654. During his time, this red sandstone fort was converted into a palace. A series of Hindu-style domed kiosks ... 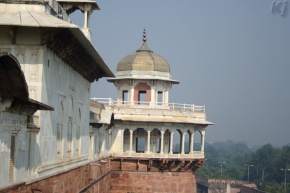 While going around various sites in the Agra Fort,MusammanBurj is one of the most visited sites. Agra is the historic land that has several places to visit and know about the Mughal era. On the ... 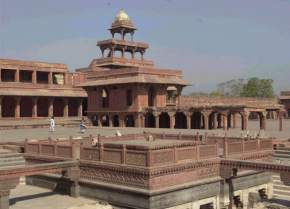 FatehpurSikri which lies to the south west of Agra houses India's most alluring and breathtaking monuments.  A perfect combination of intricate workmanship and architecture on a monumen... 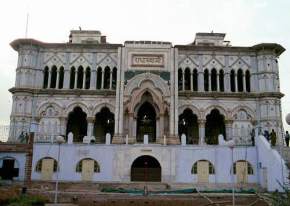 Famous for: Celebration of Bhandara festival

The tomb of Huzur Soamiji Maharaj is situated in Dayalbagh. The construction of the tomb commenced in1908 and is very sacred to its followers. The carving in stone that comprises of combination ... 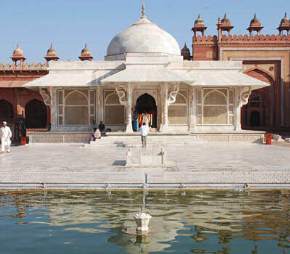 The political city of India’s Mughal Empire FatehpurSikri was built by Akbar in 1571 in honour of Sufi saint SalimChishti. ShaikhSalim was a Chishti saint lived in this village came into f... 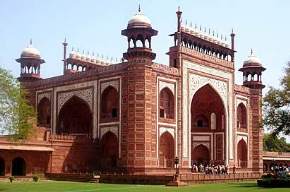 Famous for: Display of wonderful fine paintings and royal ornaments

Besides several monuments, heritage forts and palaces, there are many museums in Agra that are must to be visited places when one is in Agra. Located on the left platform near the main gate of t...