Aurangabad!! One of the most fascinating archeological delights in the Maharashtra. Literally, the name of the city Aurangabad means “Built by the Throne”. This historical city derived its name from the one of the brave and courageous ruler named Aurangzeb. Though the city does not have lush green parks and gardens, valleys and gorgeous lakes, but is blessed with numerous historical monuments to make place in the heart of its visitors. Among them, Ajanta and Ellora caves need no special mention in this regard and are the part of World Heritage by UNESCO.

Located in the northern corner of the Maharashtra, one of the most developed states of India, Aurangabad lies at the 513 m above the sea level. From Mumbai, Aurangabad is only 375 kms away and offers stunning landscapes being enclosed with the hills on all the sides. The climate condition of any tourist place matters a lot for deciding a visit and so is the case with Aurangabad. The best time to make a trip to amazing city is between October and March when the climate is quite pleasant and favorable.

Aurangabad is also famous for its wonderful shopping among the tourists. What to buy in Aurangabad? Well, there are lots of things for purchasing in this astonishing city but you should miss the chance to buy its famous hand-woven Himroo Shawls and also Kimkhab and Mashru weaves, Paithani sarees, stones jewellery and much much more. 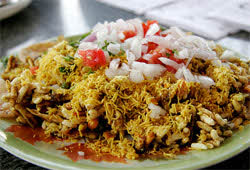 15 Places to Visit in Aurangabad