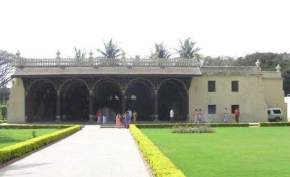 Famous for: Magnificent palace and its wonderful architectural style

This amazing work of architecture was built in 1799 when Tipu Sultan spent his summer days till his last breadth. The building of Tipu Sultan’s summer palace started during the time of Hai... 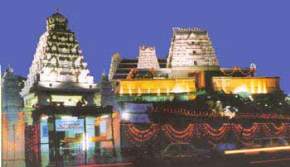 One of the major attractions of Bangalore is the famous temple of ISKCON, that is, International Society for Krishna Consciousness. From Central bus station, it is located at a distance of five ... Famous for: Idol of Nandi Bull of about 4.5 meters

Built in the honor of the vahana or vehicle of Lord Shiva, whose name is Nandi bull, the Bull temple was built in the Basavanagudi of Bangalore. This temple exposes brilliant Dravidian style of ... 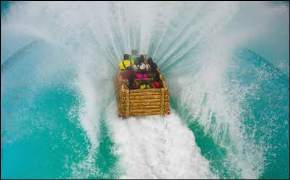 Situated at a distance of almost 20 to 30 kilometers from the garden city of Bangalore, is the Wonder La Amusement Park. This amusement park located on the Mysore Highway promises to give you a ... 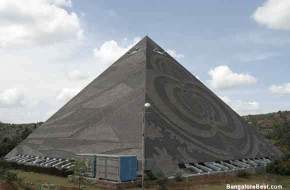 Pyramid Valley is a campus situated in Bangalore around 2kms away from the posh city life. This campus includes the world’s largest meditational Pyramid. From a chosen seven wonders of Ban... 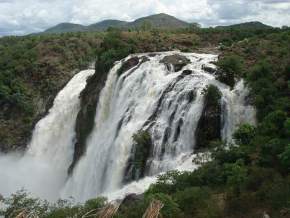 River Cauvery beautifully forms the Shivasamudram falls at a distance of about 130 kilometers from Bangalore. This was the first place in India to have a hydro electric plant. This plant, known ... 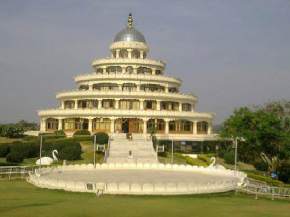 21 kilometers from the city of Bangalore is the Art of living International center which was built in 1986. An evening attraction called Satang is held every day where songs and dance is offered... 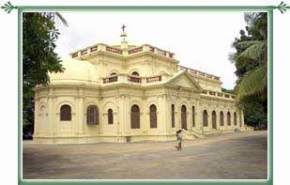 The first brick of the historic St. Mark’s Cathedral church was laid in 1808 and the whole work got completed in 1812. The visitors will experience an immediate feeling of tranquility when... 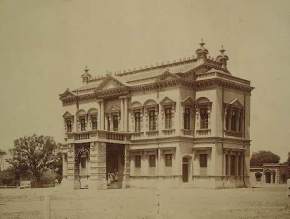 One of the many historic buildings present in the garden city of Bangalore is the Mayo Hall. This historic hall was named after the fourth viceroy of the dependent India. His name was Richard Bo...