Hungary, officially called the Republic of Hungary is located in the eastern half of Central Europe and, with an area of 93,031 sq. km, is one of the smallest states in Europe. Hungary is a potpourri of fascinating history, diverse culture, picturesque landscapes, distinctive language, scrumptious cuisines and wines. One of the oldest countries in Europe, Hungary is located in the heart of the continent. It offers visitors with distinct attractions from flat terrains to high mountains from copious streaming rivers to Central Europe’s largest lake from sleepy villages and townships to the pulsating city of Budapest. The country is one of the most adored travel and tourism destinations in Europe and is a booming center of frivolous activities for World-wide travelers.

Whips cracking and shepherds on the puszta, geese and grimy village roads, farmsteads rising paprika, water drawn from wells, smallholdings and country inns where visitors can savor the famed spicy goulash - these and similar images are roused when Hungary is talked about. But there is much more to this European country.  Listed among the top tourist destinations in the world, Hungary boasts of copious sites that are engraved under the UNESCO World Heritage List, some of Europe’s largest buildings, churches and castles. Some of the top places of tourist interest in Hungary comprise Budapest, Danube Bend, Central Transdanubia, Western Transdanubia, Southern Transdanubia, Northern Hungary and Northern & Southern Great Planes. The music of Franz Liszt and Béla Bartók, view the quixotic Danube River as it dramatically splits Budapest in two or taste the nation's unique and paprika-infused food to be convinced for every visitors who make it up for this country. Hungarians, who call themselves Magyars, articulate a language and outline a culture different from any other in the region - a difference that has been a source of pride for more than 1100 years. 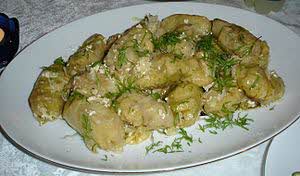 20 Places to Visit in Hungary