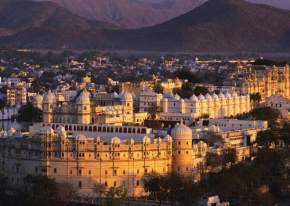 In the 16th century, the foundation stone of this enormous palace was kept. It is assumed to be the largest palace in the Rajasthan. The reflection of City Palace in the Picholla Lake... 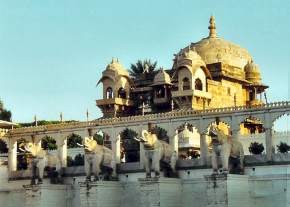 In 17th century, MaharanaKaran Singh built this staggering palace in Lake Pichola. This palace is also well-known as Lake Garden Palace. The view of surroundings of Jag Mandir is actu... 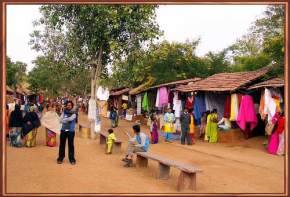 Famous for: Handicrafts, puppet shows and folk dances shows at every night

This Shilpgram museum is amazing place where one can see an array of articles showing diversities in art, culture and craft among different states of India. This crafty museum is located at 3 km... 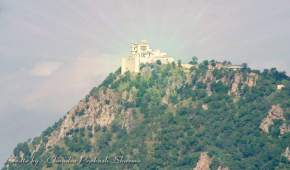 Also referred as Monsoon Palace, Sajjangarh Palace is situated at Bansdara Mountain at an altitude of 944m above sea level. Sajjangarh could be best addressed as a crown of the Udaipur City. In ... 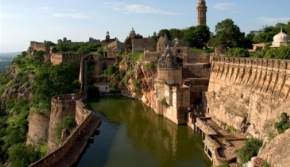 Famous for: Historical site with great striking features and light and sound shows

Chittorgarh Fort is the first important fort in entire Mewar region. It is located at 110 kms away from Udaipur and in reality, this gigantic fort has a lot to impress its visitors. This massive... 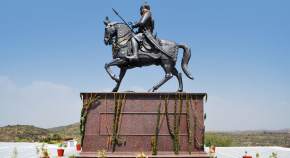 This historical site is placed on the south west side of Nathdwara. Haldighati is famous for its battle held between Akbar and Maharana Pratap in 1576 AD. Therefore, Haldighati is very important... Famous for: Appealing display of historical artifacts and Ganesh Deori

If you make the plan of visiting Udaipur and you ignore City Palace Museum, then really you are at big mistake. The major portion of Palace is now converted into museum displaying huge collectio... 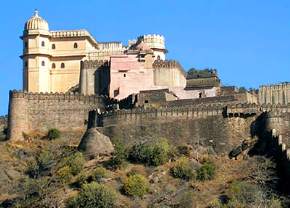 This giant fort is situated at 64 kms away from Udaipur in the north side. It is popular as second significant citadel just after Chittorgarh fort in Rajasthan. This enormous fort was built in t...