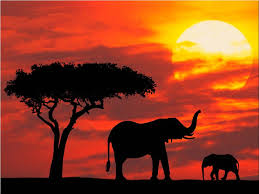 For a country of its dimension, Kenya sure packs a lot in: mountains and deserts, multi-coloured tribal culture, beaches and coral reefs, and some of Africa’s best wildlife attractions. Indeed, to say Kenya is Africa in microcosm would not be stretching the point. There are a million diverse reasons to come here, and picking just one is nigh impossible. Spectacular landscapes set the scene, from Kakamega’s rainforests to Indian Ocean beaches by way of Mt Kenya National Park; the undulating grasslands of the Masai Mara to searing deserts on the shores of the Jade Sea; with The Rift Valley, home to Hell's Gate National Park, cleaving a colossalwound through it all.

Wildlife safaris have been the bastion of Kenya’s tourism for decades, and numerous Kenyan parks, like Tsavo National Park, are amongst the best places in Africa to see lions, elephants, leopards and the famed wildebeest migration. Kenya rates as one of the top five bird-watching places in the world; other activities for outdoor enthusiasts consisthiking the glacial ridges of Mt Kenya, ballooning over the Masai Mara, snorkelling at the Marine National Park in Malindi on the Indian Ocean shore, and much more besides. Kenya's biggest conurbation Nairobi, with the nastiest of reputations, is evaded by many visitors, but, in fairness, has an exciting urban appeal with its cafes and nightlife.The people, too, represent a wide section of everything that is modern Africa, and everyday life brings together conventional tribes and urban families; ancient traditions and modern awareness. Kenya is renowned as the home of the Safari and indeed this is one of the best countries for seeing all of Africa's aboriginal wildlife. Amongst the favourite faces are animals like lions, elephants, giraffes and rhino which can all be found in plenty on any number of well organised safari tours. 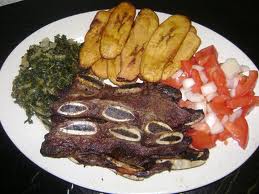 20 Places to Visit in Kenya