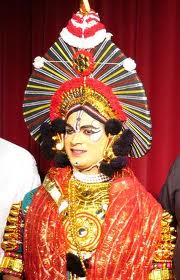 Hinduism is the main religion followed by the Mangaloreans. But certain other religions like Jainism, Islam are also fast becoming popular. Tulu, Konkani, English , kannada are the main languages spoken by the inhabitants. Christianity is also being followed by some.

The Mangalorean dishes which are known for their flavours are also very spicy and rich in coconut oil. Rice is the main staple food for the people residing here. The non vegetarians prefer the fish more. Fruits like jackfruits bananas and sweet cucumber are another important part of the cuisine. The important feature of the sweet dishes are that instead of using sugar they use a jiggery made of palm.

The main festivals celebrated in Mangalore are the Aati festival, Dussehra , Sri Krishna Janmashtami and Ganesh Puja. These festivals are celebrated with a great deal of pomp and festivities. Mangalore is also very famous for the various art and music which have been evolving since the historic times.