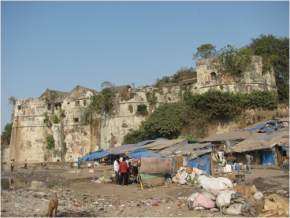 Among the long list of attractions in Surat, The Old Fort holds the top place. It is one of the main historical places in Surat and was built by Mohd. Tughlak in 14th century. He made... 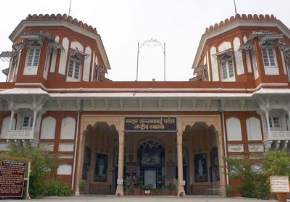 In Surat in 1890, an informative museum was founded named Sardar Patel Museum. The museum is a great place which displays the collection of more than 10,000 samples relevant to art and crafts of... 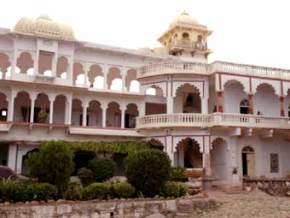 Famous for: Its wonderful edifice with great carvings on its four entrance gates

Rana Sartanji was the main founder of an outfitted palace named Darbargadh Fort. This enormous fort is quite impressive embedded with innumerable features such as entrance gate fully fine carved...

Famous for: Its carved arches and dome alongwith its unique architectural style

Porbandar is bestowed with myriad of attractive historical sites and Sartanji Choro is one of them. It is not only simply superb but is the perfect example of marvelous architecture. This site i... 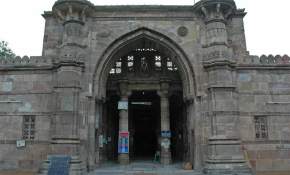 Famous for: Grave of Ahmed Shah and its rectangular shape

The grave of Ahmed Shah in Ahmedabad is the most common visitor attraction of Ahmedabad. The tomb is rectangular shaped with latticed sandstone windows. Women are not permitted in the middle hal... 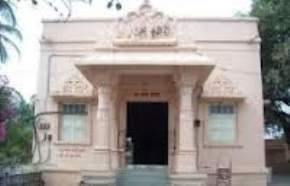 Famous for: A popular religious destination built by Birlas

Located at the western ghats of Dwarka, the Gita Mandir is a popular religious destination to be visited by the tourists. It was built by Birlas in 1970 and showcases the values of Bhagwad Gita ... 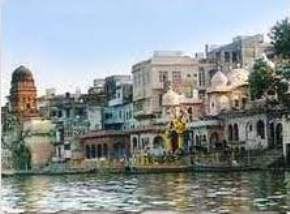 Famous for: A popular religious attraction with wonderful architecture

Also renowned as Birla Mandir, the Gita Mandir is a popular attraction in Somnath which is located at the confluence of the three Triveni Rivers. It was built by Birla family in the year 1970 an... 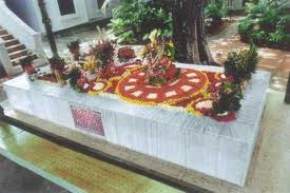 Famous for: A national memorial and ashram

Maharishi Aurobindo Ghosh was a well known philosopher and an eminent freedom fighter who lived in Baroda from 1894 to 1906. The place where he stayed is presently known as the Aurobindo Ashram ... 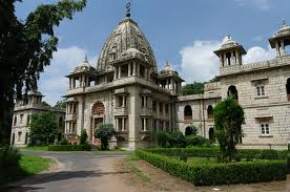 Also called as the temple of fame, the Kirti Mandir is a wonderful attraction located near the Vishwamitri Bridge. It was built in 1936 by Maharaja Sayajirao Gaekwad III to celebrate the diamond... 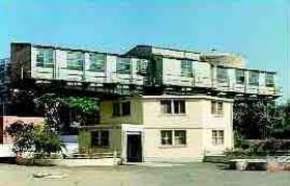 Famous for: A unique revolving tower

Also known as the Ranjit Institute of Polyradio Therapy, Solarium is a one of its kind in entire Asia. It was built by Jam Shri Ranjitsinhji who brought a French architecture in order to constru...

Famous for: Enclosure with lush greenary and panoramic views

One of the most popular historical monuments in Porbandar is the Huzoor Palace. Located at the last nook of Marine Drive, Huzoor Palace is not less than an architectural delight. In broader sens... 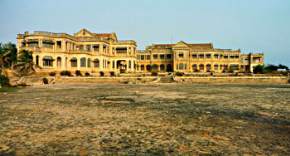 Daria Rajmahal is one of the most liked attractions in Porbandar. Located very close to Huzoor Palace, Daria Rajmahal is also impressive architectural icon constructed by Maharaja Bhavsinghji. T... 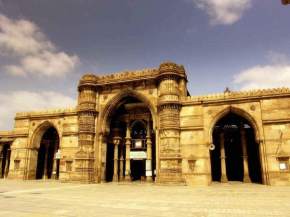 Teen Darwaza is famous for its architectural buildings. It has an elegant triple arched gateway. This is the longest and oldest gateways of the City of Ahmedabad. It was built by Sultan Ahmed Sh... 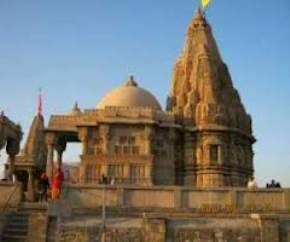 Famous for: An ancient temple dedicated to Rukmani

Rukshamanee temple is dedicated to Rukmani, the most beloved queen of Lord Krishna. Located on the banks of river Bhagirathi, the small temple bewitches the visitors with its marvelous architect... 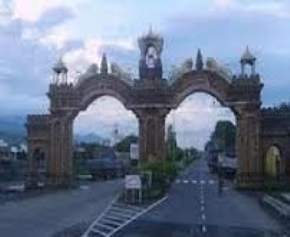 Famous for: Massive gateway to the city of Somnath

Junagarh Gate is a major historical attraction of Somnath that acts as a gateway to enter the holy city. The visitors can enter the temple city of Somnath from Veraval through this gate only. Th...

Famous for: A splendid palace

Built by Jam Ranjitsinhji, the Pratap Vilas Palace is another prominent attraction in Jamnagar. The palace reflects a unique fusion of European architecture with beautiful Indian carvings and gi... 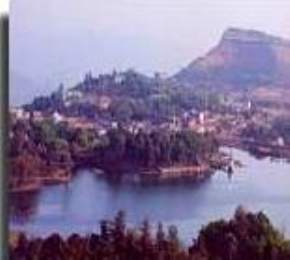 This is an ancient fort whose structure is very dominating and impressive by nature. The beauty of this building is breath taking and awes the visitors a lot. It  has an impressive height o... 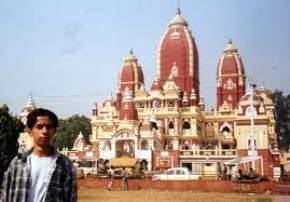 Famous for: An ancient temple dedicated to Lord Sun

Also known as Sun Temple, Suraj temple is considered to be as old as Somnath Temple. The temple is located at the northern part of the Triveni Ghat and is dedicated to God Sun. The temple boasts... 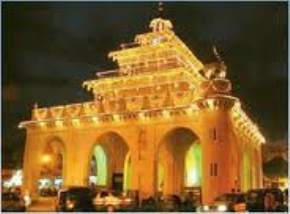 Famous for: A massive gate of Mughal era

Termed as the North gate of the Royal Enclosure, the Mandvi Gate is a prime landmarks of the city. This massive gate was built by Sultan Muzaffar of the Mughal era in the 15th century... 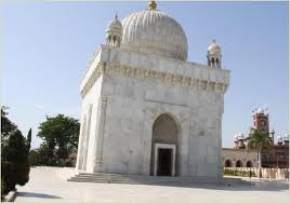 Famous for: A pleasant monument

Built by Jam Rawal in 1540, the Bohra Hajira is a pleasant monument in Jamnagar. Located on the river bank, this impressive monument can be easily visible on entering the city via Rajkot Highway... 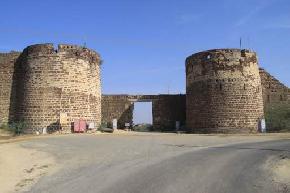 Lakhpat is a small town in Kutch situated on the India- Pakistan border. Encircled within the four walls of the Lakhpat Fort, the town has been an important trading centre between Gujarat and Si...